Warning: "continue" targeting switch is equivalent to "break". Did you mean to use "continue 2"? in /homepages/29/d568299542/htdocs/clickandbuilds/WordPress/TPP/wp-content/plugins/wordfence/models/block/wfBlock.php on line 573
 What's the Difference: Homesteading vs. Prepping vs. Extreme Couponing - The Practical Pioneer 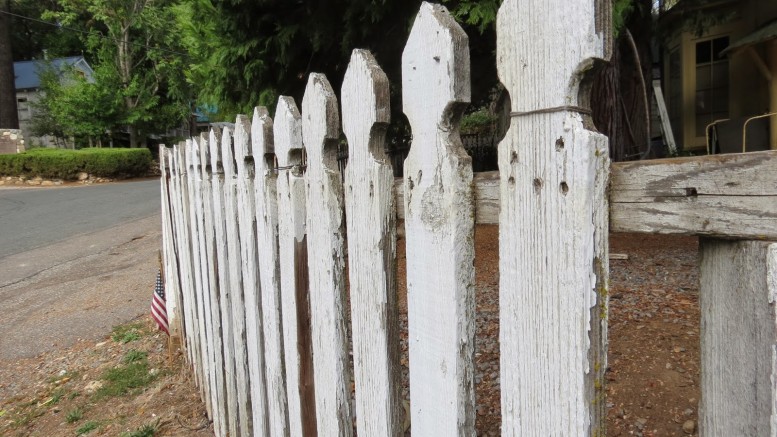 When people find out that I have a bit of a love affair going on with Homesteading and Pioneer -y type things, I often get a slightly strange response. Some people are enthusiastic and curious (they often LOVED Little House on the Prairie, I’m told), some are mildly amused, and some step back and regard me through distinctly suspicious eyes, wondering if I’m one of those end-of-the-world prepper types. But most people just looked confused because they don’t know what it means to be a modern homesteader.

And no wonder! With all the various shows on TV today (Yukon Men, Doomsday Preppers, Extreme Couponing, Gold Rush, Alaska: The Last Frontier, etc.) there seems to be a lot of media confusion about what Modern Homesteading and ‘Prepping’ is. Throw in Extreme Couponers with their extensive stockpiles of nearly-free toilet paper and a show about a Hoarder or two, and the lines between them all seems to get a little fuzzy.

So take a deep breath and let me sort it out for you. 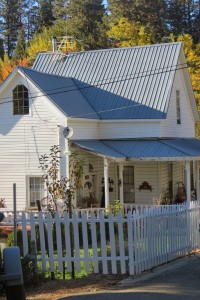 The truth is, there’s a whole lot more commonality between the various groups than differences. (Well, if you leave out the Hoarder component, that is!)

Homesteaders and Preppers and Extreme Couponers all value self sufficiency. They desire to be as wise with their money as possible, which some people might term frugality, and they think a great deal about the future. More often than not, they care deeply about their families and providing a safe future for them. Homesteaders and Preppers, in particular, also understand that sustainability is key. That means they care about and care for the land they have, even if it’s only a tiny plot of grass or a few window boxes.

See, that was easy, wasn’t it?

Ok, that’s not exactly the whole story. There are significant differences. For example, Homesteaders are interested in living as close to the land as possible. They hope to draw as much of their sustenance as possible via their own efforts as they provide for their families. The range of Modern Homesteader is broad. . .from totally self-sufficient small scale farmers through to apartment dwellers who grow their own herbs in window boxes, re-purpose rather than throw away, and make their meals from scratch. Modern Homesteaders try not to waste, think about what they eat, and know how to make a dollar stretch. They emphasize family, simple living, and trying to avoid the inherent trappings of our ‘disposable’ society.

Preppers, on the other hand, have a slightly different goal. They are preparing (ie: ‘Preppers!’) for some anticipated catastrophic event. They also want to be as self sufficient as possible, and are usually pretty good at re-purposing and such. But they focus a great deal on securing their family’s future by learning survival skills, establishing sustainable sources of food and water (as well as stockpiling food in case the worst happens), and establishing a defensible location to shelter and protect their family. Preppers are preparing for the worst, hoping for the best, and trying to balance living in the present with guarding against an uncertain future. 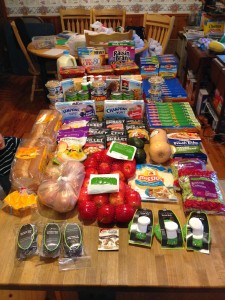 Extreme Couponers, on the other hand, usually have a far simpler goal in mind: saving money! The motivation to do so may come from several places. . .a job loss, trying to save up for a big purchase, helping out a local food bank, or just trying to be as responsible with money as possible. Whatever the catalyst, however, the objective is always the same: pay as little as possible for whatever you need to buy and build up a stash of food and various household supplies as cheaply as possible. Why? In part, to buffer against any future issue. . .a job loss, illness or injury, an unexpected large expense, etc. But a well-established stockpile also allows an Extreme Couponer to stop constantly shopping for whatever the household has run out of and focus only on what is free or cheap that week. This brings down the average weekly household expenses dramatically.

So, there you have it. . .three sides of the same coin, really. And what do I consider myself? I guess a little of all three. I do Extreme Coupon. . .my entire household bill for a family of six (three of whom are teenagers) is somewhere between $60 and $80 per week, total (that’s for food, fresh produce, meat, tp, shampoo, toothpaste, EVERYTHING).

And with that amount spent, I’m always able to add something to my stockpile, which, I guess, makes me a little bit of a Prepper. I am not anticipating any particular catastrophe, mind you, unless you count fearing the growth spurts of my boys, but I do try to guard against any eventuality by having enough on hand to provide food, water, heat, and shelter for an extended period should we ever require it.

But mostly, I think of myself as a Modern Homesteader / Practical Pioneer (a Laura Ingalls Wilder of the 21st century wannabe, if you will). I try to make the most of what I have, re-purpose instead of throw away, continually increase my capacity to grow my own foods and preserve what I harvest, attempt to be frugal, focus on my family, make things from scratch, and value deeply the beautiful slice of mountain we are blessed to call home.

Now that wasn’t so scary, was it?

Being a Practical Pioneer and Defining Modern Pioneering

Be the first to comment on "What’s the Difference: Homesteading vs. Prepping vs. Extreme Couponing" 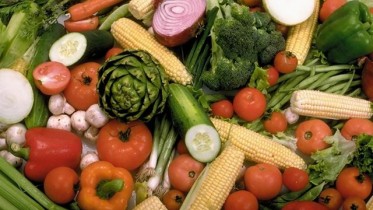