Warning: "continue" targeting switch is equivalent to "break". Did you mean to use "continue 2"? in /homepages/29/d568299542/htdocs/clickandbuilds/WordPress/TPP/wp-content/plugins/wordfence/models/block/wfBlock.php on line 573
 Natto, Tempeh, Micro Algae, Kombucha and a Surprise: Probiotic Foods - The Practical Pioneer 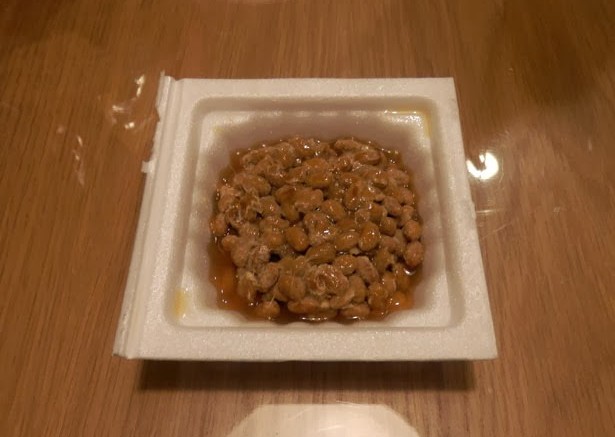 A plate of natto

Well, it’s certainly been quite a fermented journey, hasn’t it? I honestly had no idea just how many foods contained probiotics, especially those that were easy to make at home. If you’re new to this thread, check out our many other blog posts on probiotic foods (you can search our posts according to the label ‘probiotic’ to see them all in one spot if that helps). Because you know what? This is the last post on probiotic foods! (Try not to be too sad, though. . .now you will have more time for fermenting your own foods at home!)

Some lovely foods rich in probiotics are exotic enough that I wouldn’t try to make them at home. . .just yet. But they are readily available in most health food stores, and even some regular supermarkets, so no need to go abroad to expand your culinary experience!  Here’s a run down:

Made from fermented soybeans, natto is a traditional Japanese food. It’s kind of sticky and stringy and contains the bacterial strain bacillus subtilis. Quite honestly, it’s one of the more distinctive, interesting probiotic foods on the list. It has a unique taste and smell that put some people off.

But don’t let that turn you away from giving it a try. Some people ADORE it. . .it just depends on your taste! Plus, it’s rich in vitamin K, plant protein and an enzyme called nattokinase.

From far off Indonesia, tempeh is another probiotic-rich food made from fermented soybeans (kind of cool how many different foods are made from soybeans, huh?). A tempeh starter with the fungus rhizopus oligosporus is added to partially cooked soybeans which then is left to ferment. As it ages, white fungi grows in between the gaps of the beans, filling them all in. This makes a tightly compacted tempeh ‘cake.’ It’s kind of nutty tasting, firm like meat, and has a slight ammonia smell before it’s cooked.  Interesting combination, isn’t it?

But besides being a great source of vitamin B12, protein, and fiber, another amazing thing about tempeh is that rhizopus oligosporus produces a type of natural antibiotic. It’s known to be effective against certain bacteria, including staphylococcus aureus, the culprit that can cause both sepsis as well as pneumonia. Further, it’s heat resistant and can even withstand a wide range of pH levels.

Micro algae sort of covers a number of ocean ‘super-foods’ such as such as chorella, spirulina, and blue-green algae. It’s (unsurprisingly!) green and is usually found dried, mostly in health food stores.  Some larger supermarkets are beginning to carry it, too, though.

Micro algae have been found to increase both lactobacillus and bifidobacteria in the digestive tract and to contain many other important nutrients: chlorophyll, beta-carotene and the highest sources of protein and nucleic acids of any plant food.

Too much, however is NOT a good thing. . .micro algae can raise levels of uric acid to the point that kidney stones can form, calcium can be depleted, and gout can appear. So be VERY careful about this one and make sure to clear both your intention to take it as well as your appropriate dosage with your doctor.

Kombucha is another probiotic food I have slightly mixed feelings about. There are some amazing stated benefits, but also some very grave warnings. The American Cancer Society, for example, warns that claims about the benefits are not substantiated and that complications can arise with use. There have even been a few cases of death reported. So PLEASE do your research on this one before consuming.

What is it? It’s a centuries old fermented tea that is quite pungent. Made by fermenting sweetened black tea with the kombucha mushroom (a culture of bacteria and yeasts), one of the benefits of this probiotic-rich beverage is that it is said to boost the body’s immune system.

Interesting stuff, huh? Who knew you could get such amazing health benefits from such a range of tasty and interesting international foods?

But I promised you a surprise, too, didn’t I?

Recent studies have found that dark chocolate (YEAH, chocolate!!!) actually carries probiotics better than most foods, including dairy. Like up to four times better! There are already several probiotic laden chocolate treats on the market. Woo hoo!!  What a lovely way to get your probiotics!

(I wonder what chocolate and kimchi would taste like?)

Be the first to comment on "Natto, Tempeh, Micro Algae, Kombucha and a Surprise: Probiotic Foods" 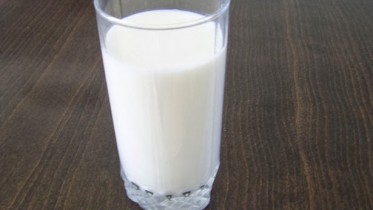 Of all the foods I’ve recently learned are probiotic, the one that’s interested me most is kefir….