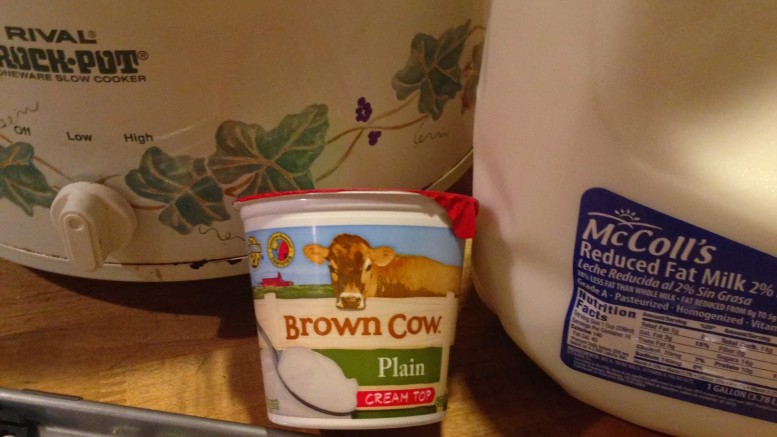 I’ve heard a lot about people using crockpots for making yogurt, but have always used the stove method for some reason. I don’t know why, though. . .a crock pot is just a large version of a traditional yogurt maker. Still, I guess I’ve just stuck with a familiar method all these years.

But my current stove’s oven light doesn’t seem to throw enough heat to keep things moving right along in the thickening process as well as I’d like. (I’ve resorted to chucking hot water bottles in with my dishes to ensure the temp stays warm enough through the night!)

So this crockpot method seems to be a GREAT alternative. . .depending more on the residual heat of the crockpot rather than an outside heat source.  And, if I’m being honest, seems even easier than my usual method.

Or, if you prefer a Greek styled yogurt:

Some people feel that it takes too long to get the temp up to 180 in a crock pot, and I agree.  I now heat my milk on th stove and then transfer to a crock pot for the rest of the procedure.

Also, I forgot to let you know the price breakdown, so here it is: 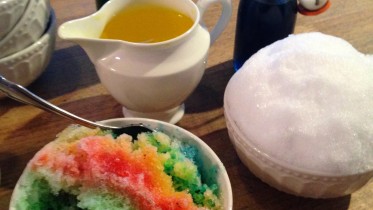 Well, we can’t let all this this beautiful snow go to waste, now can we? Our whole…

A Quick Raised Bed for the Vegetable Garden!