Warning: "continue" targeting switch is equivalent to "break". Did you mean to use "continue 2"? in /homepages/29/d568299542/htdocs/clickandbuilds/WordPress/TPP/wp-content/plugins/wordfence/models/block/wfBlock.php on line 573
 Grandma's Home Made Buttermilk Frosting! - The Practical Pioneer 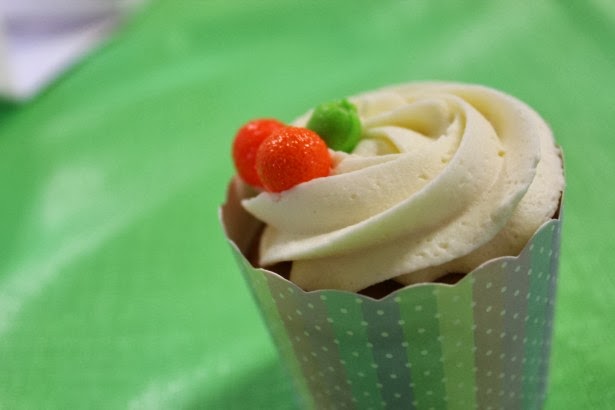 A fresh batch of GORGEOUS home made yogurt is tucked into the fridge, a large jar of spicy kimchi is fermenting in the basement, a newly cultured quart of tangy buttermilk is cooling on the counter, and I’m in the thick of the hunt for local milk kefir grains. . .so I think I can take a quick breather from the fermented healthy foods/probiotic delicacies and focus elsewhere for a moment or two.

And what better thing to focus on than FROSTING! 🙂

I mentioned in an earlier post on buttermilk a recipe my beloved Grandma used to make. I don’t actually make a lot of cakes (I don’t really like cake that much) so I hadn’t thought of it for years. . .but as I eschewed the glories of tangy, creamy home made cultured buttermilk, my mind just drifted right back to that amazing little treat of Grandma’s: Buttermilk Frosting!

Food has such a strong connection to events and memories. If I smell bacon and fried potatoes, my mind is always drawn back to family camping trips. The deep brown tones of smoking meat? Sunday gatherings to watch football and cheer the 49ers on! The least little shred of home made corned beef? I’m back at my beloved aunt’s annual St Patrick’s day extravaganzas.

But one taste doesn’t take me back to a place or event like all the rest. . .it takes me back to a person: My grandma, Marjorie Ellen Tucker.

My gram had a shy laugh, a gentle spirit, and an inner strength I admired pretty much from birth. She had a perfect blend of impeccable character mixed with an ever-so-slight hint of adorable cheekiness. She sewed for a living,  played cards for fun and kept a very tidy house.

And that woman cooked. Oh! How she cooked!

By today’s culinary standards, she’d be regarded mostly with indifference. She was a ‘plain’ cook who stuck mostly to the standards of roasts and vegetables and alternating dishes of baked or mashed potatoes. It was all solid and comforting and delicious.

But then came dessert!

As subtle and traditional and homey as her main courses were, her desserts were just Out. Of. This. World. (And, frankly, that’s really saying something because I am NOT a sweets kinda girl at all!)

She was the queen of pies and cobblers, cookies and cakes, turnovers and puddings. All made completely from scratch. And abundant love. Every single time.

And a frequent addition to many of her cake or cookie creations was a simple frosting recipe, featuring her own homemade butter and cultured buttermilk. Slightly tangy and flexible to your own taste and needs, I offer it to you here, with love (both gram’s and mine!):

Frost cakes, spread on cookies, or warm until melted and then drizzle over cinnamon rolls and turnovers. As there is a lightly tangy taste to the frosting, it is especially good on carrot cakes or to glaze zucchini breads, etc.

When she wanted a fluffier frosting, she went light on the buttermilk. When she was after a runnier glaze, she added a little more and sometimes warmed it up.  Either way is utterly delicious.

However you choose to make and use it, this frosting is absolutely wonderful. . .just like the woman who taught me how to make it.

I wonder if this counts as a probiotic food. . .after all. . .there’s buttermilk in there and it’s not cooked!!

Here’s to you, Gram. Thank you so much for all the sweet memories!

Be the first to comment on "Grandma’s Home Made Buttermilk Frosting!" 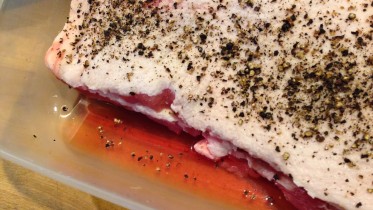 A friend of mine recently asked me if I have any recipes for home-made bacon. Moi?!?! Bacon?!?!?!…